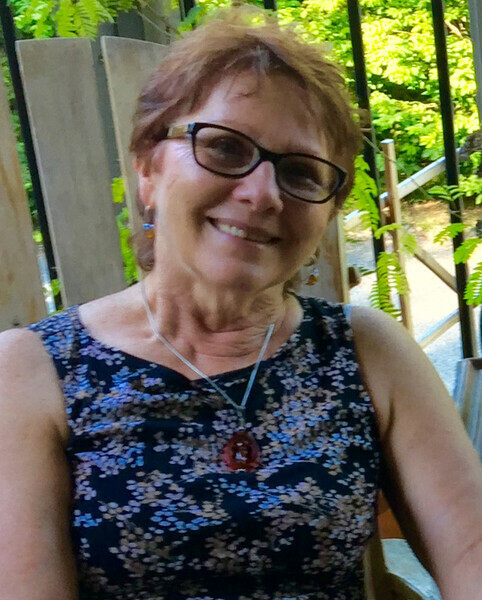 I'm a designer, illustrator and Lake Country artist who has been exhibiting work in the Lake Country area since 1995. I have displayed my work at Lake Country ArtWalk, the District offices, the Regional District Library, and in local businesses.

I have been a member of the ArtWalk Planning Committee, Arts Council, and Arts Advisory Board to the District Council. In 2004, I raised $4000 for the rebuilding of the Kettle Valley Trestles by creating and selling a poster with an image I had painted prior to the fire. I have also donated my art for various other fundraisers.
I was born and raised in the Okanagan Valley, and now live in the ward of Okanagan Centre with my author, editor husband, Michael Schwartzentruber. I work in my studio in Lake Country, teach watercolour and acrylic painting, and promote art as a health-giving activity.


Artist Statement:
The world of nature inspires me creatively and I feel a deep connection to the earth and all of creation. I am in accord with the quote attributed to Chief Seattle, “Humankind has not woven the web of life. We are but one thread within it. Whatever we do to the web, we do to ourselves. All things are bound together.”
I work intuitively and meditatively after drawing or imagining the painting I hope to create. If I am working in watercolor I splash on light washes of Aureolin, Alizaron Crimson, and Cobalt Blue and let them mix together on the paper. If I am working in acrylic I do the same but with thicker brush strokes of acrylic medium and a wider range of pigments. It is a very exciting part of the painting  because it is a creative process that is not controlled by me and lays the groundwork for what comes next.
Two things seem to be part of my work in either watercolor or acrylic medium - color and light.  I realize there are many disturbing things that are a reality of our world but I hope to overcome this by showing the beauty and spirit that dwells in each blade of grass, in each person's face, and in everything that is.
My subject matter comes from discoveries along the shoreline and lanes in the quiet rural community of Lake Country that borders Okanagan Lake and many other smaller lakes. I am aware that nothing stays the same forever and what I value and treasure in this area may change or disappear so I hope to honor it and preserve it in art.  This is the same impetus for my current series based on the theme "transition."
Exhibitions: